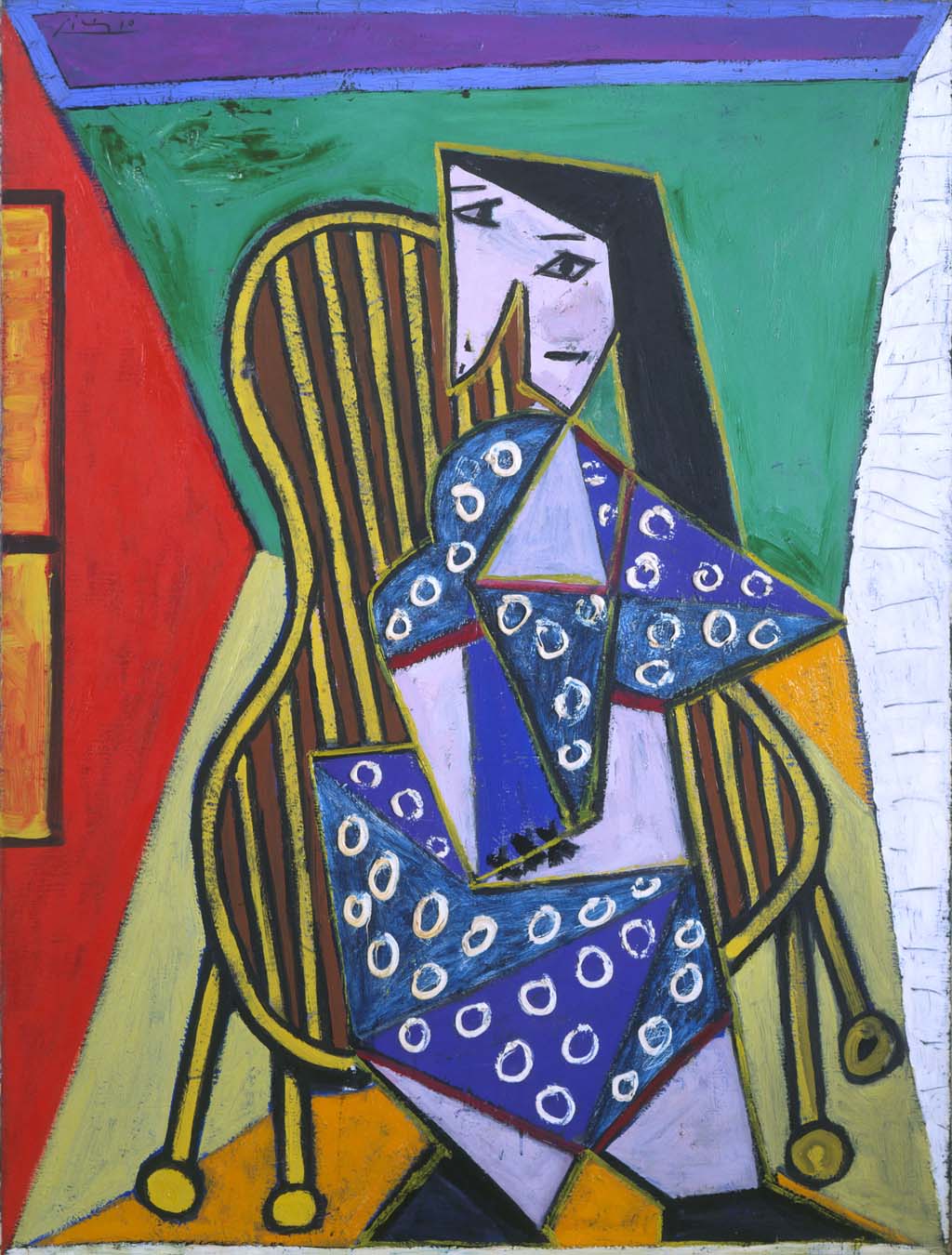 In this Currier collection favorite, Picasso transforms the everyday subject of a woman in a chair into a statement of love and war.

Wearing a striking blue-and-white dress, the sitter looks out a sliver of window. Simultaneously suggesting her inner state, Picasso depicts her other eye staring at the viewer.

Dora Maar, recognizable by her dark hair, angularity, and long black fingers, was a successful artist known especially for her Surrealist photographs. The tempestuous Maar-Picasso partnership involved important intellectual exchange. Instead of the self-confident woman who had attracted him, however, here Picasso foregrounds her entrapment. Take a look at the constricted space and interplay between two and three dimensions.

The work was painted during the Nazi occupation of Paris, where the couple then was living.

Though Picasso’s art was decried as degenerate by the Nazis, he was permitted to remain in the French capital. The painting’s blaring colors, slashed wallscape, and gestural background connote the emotional upheaval of a very dark time. What do you see in Maar’s face?