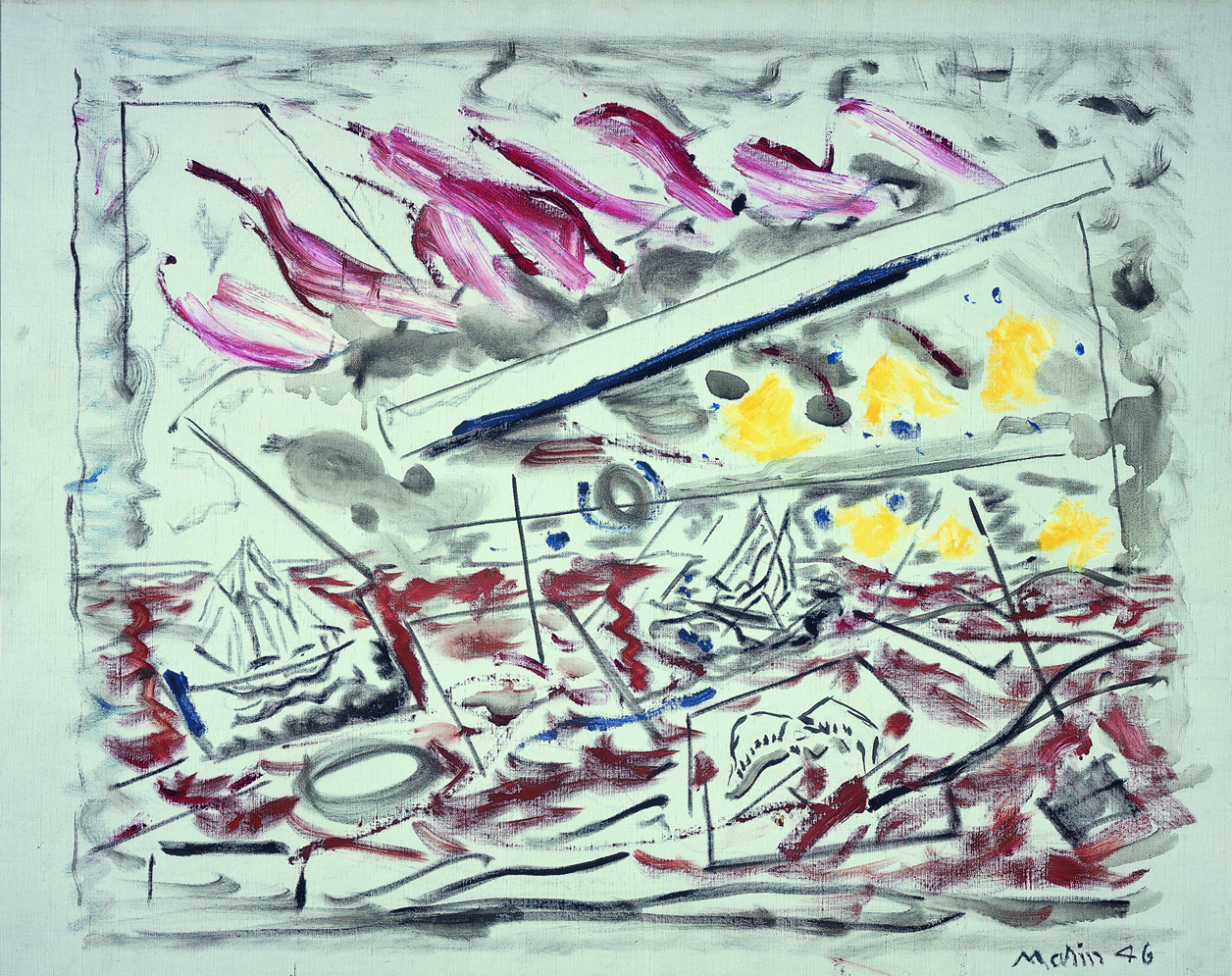 John Marin is best known for his abstracted, cubist inflected views of Maine’s land and seascapes, mostly painted in watercolor. He was seen as Winslow Homer’s heir because of his commitment to painting Maine’s rugged nature, his signature ability to expand the vocabulary of the watercolor medium, and his noted artistic individualism. Marin was like no other—and he had many admirers, including Georgia O’Keeffe, Arthur Dove, and Alfred Steiglitz. By the 1940s, however, Marin’s production was largely divided between watercolors and oils. Why the sudden shift in medium? My suspicion is that Marin felt that oils were more durable and that his market could be expanded exponentially by working in both mediums. It took Marin awhile to adapt to oils, however. Without the significant use of turpentine and varnishes, oils obdurately resist speed and fluidity in their application. But, over time, Marin did adapt.

Movement in Red is a mature oil by a seasoned painter of abstracted seascapes. Here, we see Marin writing in the sky and the sea, bringing these elements together in one whole graphic construction. Curiously, the graphic forms that float above the sea are geometric in nature as though Marin were attempting to configure the forces of wind and speed in a dependable rectangular form. Simultaneously, the sea is a tumult of curvilinear shapes that evoke the violence of the sea. Populating this tumult are the abstracted shapes of schooners and a single seagull. To me, one of the most unique aspects of Movement in Red is just that, the color red. Not one to always be beholden to naturalistic colors, Marin is imposing his romantic mood onto the seascape—red is the signifier of his unique experience. It’s worth considering what red meant to Marin.

Finally, note the yellow strokes suspended above the sea in the middle right hand section of the painting. Are these sunspots? Is Marin saying—I’m looking into the sun, and it’s a blinding vision. One can only imagine, but for me these yellows succeed in punctuating the overall red and grey mood of the painting, making Marin’s experience of sight one to behold and one to relish.