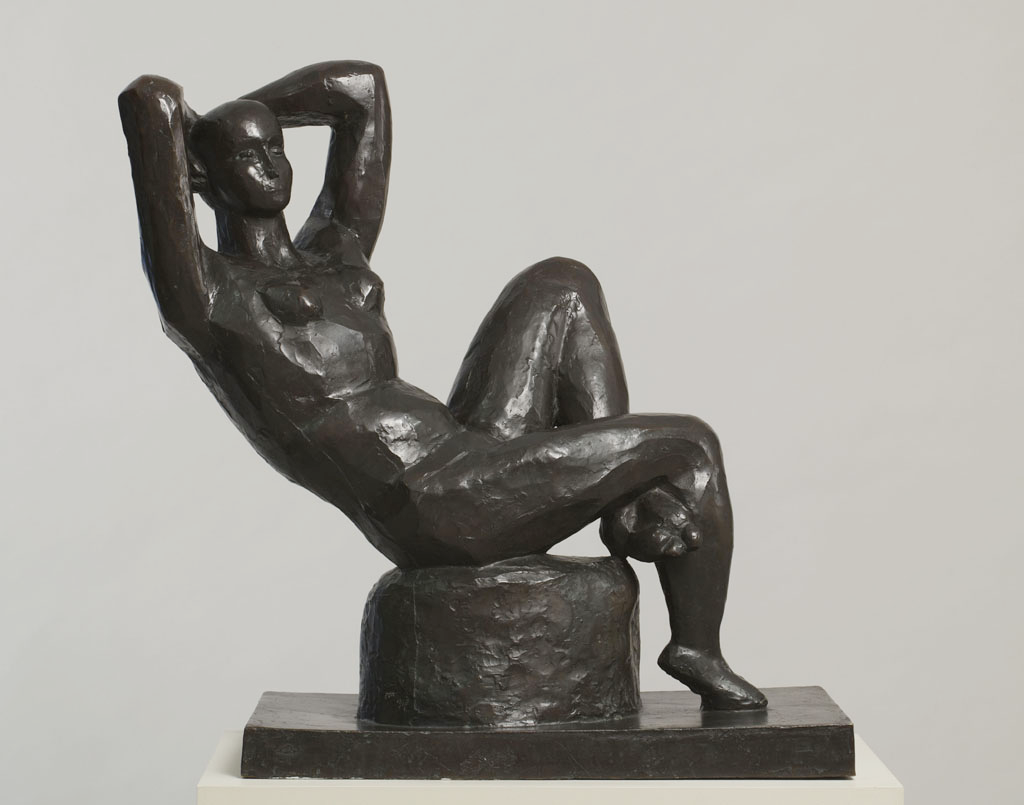 Henri Matisse was one of the leading figures in twentieth century modernism along with Pablo Picasso also on view in this gallery. In his work Matisse attempted to capture what he termed the essence of his subjects paring down their representations to the bare minimum. Though Matisse broke with traditional representation in many ways this sculpture is not without precedent. He took inspiration from sixteenth century artists like Michelangelo’s history of depicting figures contorting in space.

He then reduced it to sculpture’s most essential qualities: mass, shape, texture and negative space.  Rather than a minute depiction of an individual person this sculpture is a study of the tensions that the human form takes on. The woman is between seated and lying down, between relaxed and tense, between straightening and twisting.