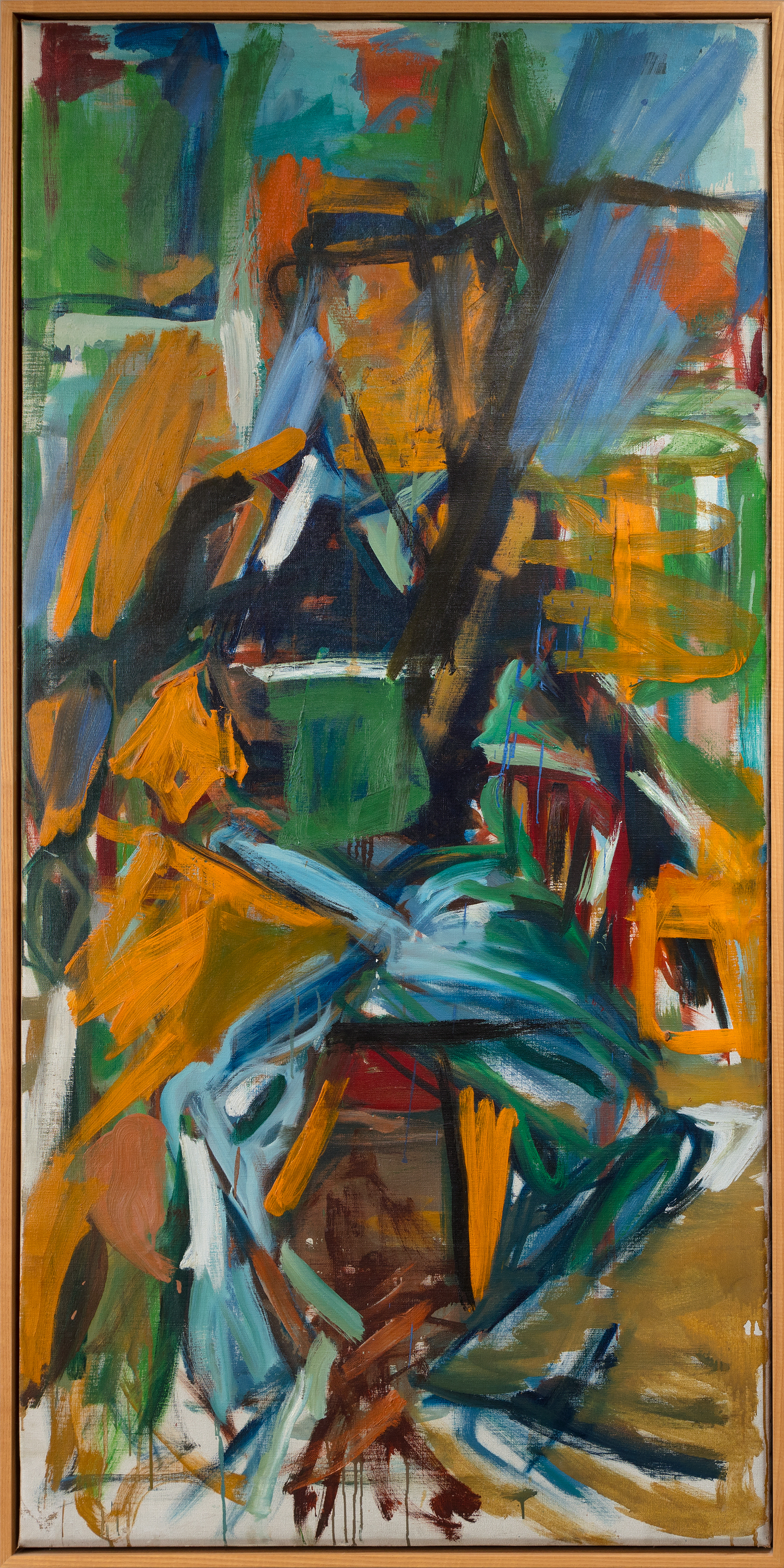 I would most succinctly describe this work, and the artist who painted it, as bold. Elaine De Kooning was part of the abstract expressionist movement during the mid-twentieth century which was very much a Boy’s Club. In fact, there was an actual club in New York – the Eighth Street Club – and De Kooning was one of very few women included. That she was producing works such as this during this period feels revolutionary. Traditionally art history has largely consisted of work created by men for the viewership of men, much of which objectifies the female form. While we have seen these systems begin to collapse in the last half century, De Kooning’s paintings of faceless men, in which she defines the sitters by their posture and attire alone, stood out in the 1950s and are still refreshing to see today.