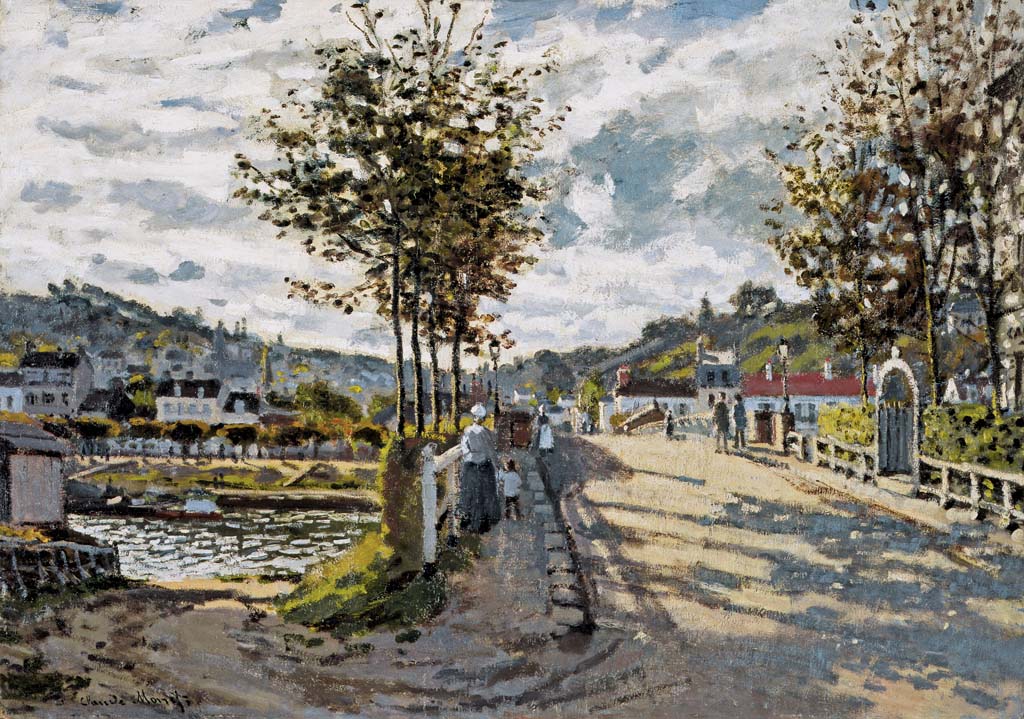 It is not an overstatement to say that Monet is one of the most beloved artists of all time. But did you know that Impressionist-style work such as this was, in its own time, so revolutionary that it was widely criticized? The painting in front of you is a pivotal early work wherein Monet first started to experiment with what would become the hallmarks of the Impressionist movement: paintings made outdoors, depicting everyday scenes, and emphasizing the effects of light made by using short, broken brushstrokes of pure unblended color to create forms that were just barely defined. The more accepted style of painting at the time featured grand scenes of importance rendered as realistically as possible. Therefore, the Impressionists’ work created quite a stir. In many ways the inventions of the Impressionists could be considered precursors to modern art. Just a couple generations later many artists would abandon representation entirely in favor of abstraction as a primary mode of expression.