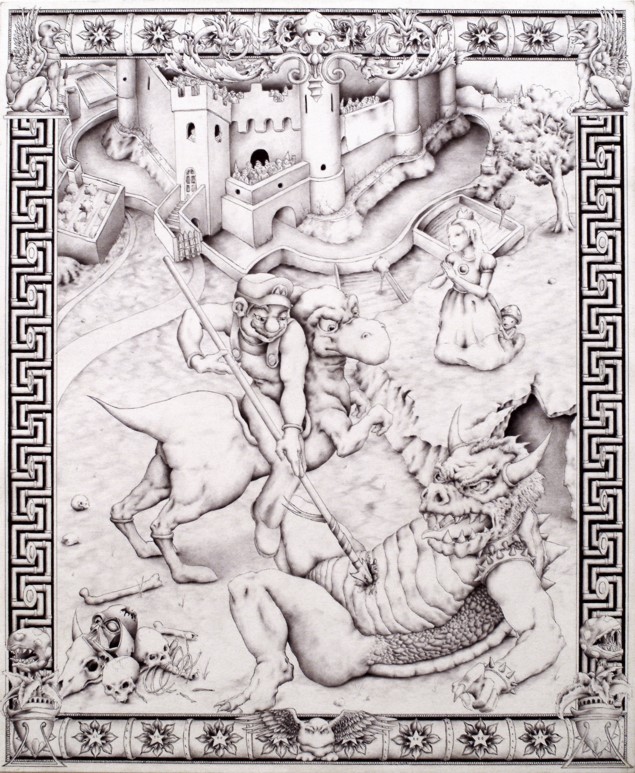 Mario: The Patron Saint of Brooklyn, 2003

The legend of St. George slaying the dragon has been depicted throughout art history but this work is undoubtedly one of the most unique interpretations. Though the work may appear at first to be a print made during the Renaissance, it was actually made recently using an ordinary ball point pen. This painstakingly rendered drawing by Butt Johnson features exquisite detail throughout, particularly in the modeling of the characters. Inspired by the classic Super Mario Brothers video game, the artist has swapped St. George for the character Mario and replaced the dragon with Mario’s nemesis, Bowser. Mario rides his trusty sidekick Yoshi, while Princess Peach kneels behind them, and a frightened Toad hides behind her skirt. The title of the work, Mario: The Patron Saint of Brooklyn, alludes to the home of this fictional character. The classical meander, or decorative border, is made of sewer pipes as a witty reference to Mario’s profession as a plumber.