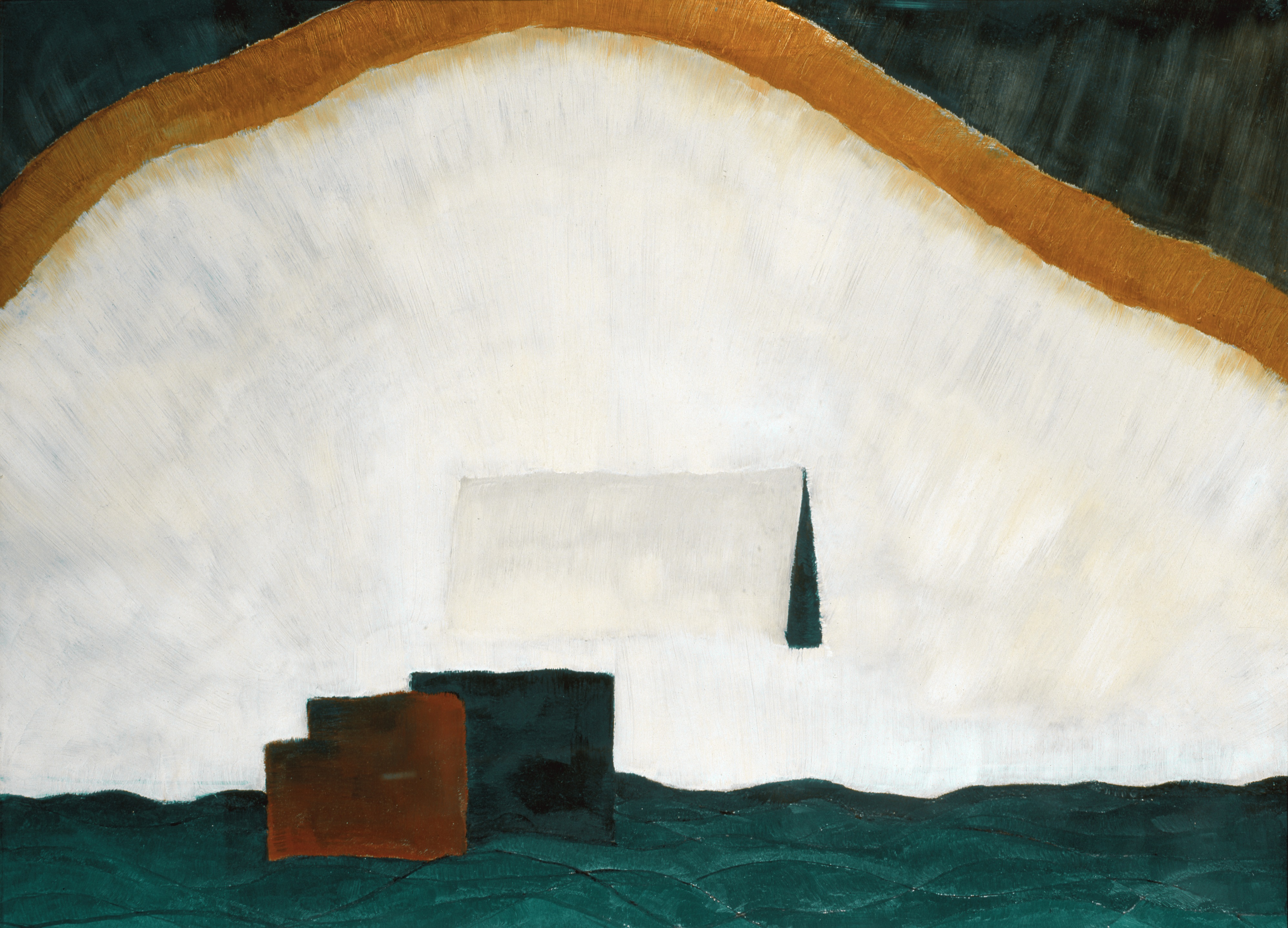 Gift of Paul and Hazel Strand

The 1920s were productive years for Arthur Dove. He was receiving the abiding support of photographer and art dealer Alfred Stieglitz, whose famed “Intimate” gallery exhibited an exclusive group of American visionaries. Additionally, Dove had loosened himself from his first marriage, to pursue a creative life with artist Helen Torr.

Dove and Torr were like minded artists—both were inspired by the natural world and both were drawn to imagery that was non-representational in nature -- evocative of land and sea, effects of sun and moonlight, and the color and atmosphere of seasons. If their partnership weren’t enough of a leap of faith, Dove and Torr had decided to jump aboard the sailboat “Mona” to live and paint full time along the shores of the East Coast. 1928 found them docked in Connecticut, where they were employed to oversee a yacht club during that winter. They took this opportunity to create a provisional studio in the club—free from the claustrophobic confines of the Mona.

With Snow and Water, I can’t help but think that Dove is capturing the insular world that he and Torr had inhabited in isolation on the Mona. And, what a foreboding place this is! I am at first chilled by the cold and dark colors that dominate this composition. Icy whites, foremost, establish a cool temperature, the cast of which looms high above a rippling horizon line. This crystallized vaulting, with its halo of gold, reminds me of the pervasive, oppressive skies that hang over the east coast during our winter months. From there, we cast our gaze downward and travel across the cobalt green seas that anchor this image. These are unwelcoming waters, for sure. Dove plays with line in this area—creating a secondary note of movement in an image that is largely static. And, what about that earthen red plinth and its shadowed counterpoint? Jutting from the sea—they are stand-ins for human presence, perhaps. They are suggestive of a pier or bridge support—but, without the attendant bridge. And then, to top off the inscrutability of this painting, I direct you to the white rectangular scrim that floats above the plinth. I ask you, what is Dove saying here—is this a window into the unknown, or a simple abstracted reference to the rooftop of a houseboat?

As many times as I’ve viewed this painting, it still resists easy interpretation. I think Arthur Dove would have wanted it that way.